You are here: Home / Persecution / With Friends Like These Who Needs Enemies! 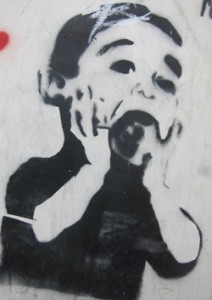 (Zechariah 13:6) And one shall say unto him, What are these wounds in your hands? Then he shall answer, Those with which I was wounded in the house of my friends.

Brothers and sisters, don’t get life twisted or have some false delusion about walking with JESUS.
For if you are truly walking with JESUS, then you’re going to have plenty of enemies!
People are going to hate you, people are going to persecute you, lie on you, and say all type of evil things about you and against you, for if they did it to JESUS, then they’re going to do it to you also!
And the truth of the matter is this, the people who do these things to you shall be the same people who call you their brothers and sisters of the faith!~
Brothers and sisters, I have so many enemies from just speaking the truth, I have way more enemies than I have friends!

(Galatians 4:16-17) Paul says, have I become your enemy, because I tell you the truth?
They zealously persecute you but not well; they would see to exclude you, so that you might not effect them by speaking and proclaiming the truth.

Brothers and sisters, Everywhere JESUS went they were trying to kill him, destroy him, hurt him, and he was constantly persecuted for the truth he is.
I think people are so deceived by religion, they don’t even know the real gospel of JESUS CHRIST.
The real gospel of JESUS CHRIST is full of sufferings and persecutions, JESUS, the disciples, and the prophets of GOD suffered many persecutions for the gospel of JESUS CHRIST, and many of them were killed for it!~
But according to the watered down version of the gospel these false prophets, and false teachers are teaching, it’s all about money, prosperity, peace, and good will towards all me, and it has the people in a state of delusion!~
Now all people talk about is peace, money, and prosperity, but how can you ever have peace on earth, and JESUS who is the prince of peace, didn’t even have peace on earth.
And how can an all wise GOD give you peace, money, and financial prosperity, if you don’t even know him?
Brothers and sisters, I’m not talking about you knowing of JESUS, I’m not talking about what other people say about JESUS, I’m talking about you knowing him like you’re supposed to know him, by revelation knowledge.

(John 15:17-21) These things I command you, that you love one another.
If the world hate you, you know that it hated me before it hated you.
If you were of the world, the world would love his own: but because you are not of the world, but I have chosen you out of the world, therefore the world hates you.
Remember the word that I said unto you, The servant is not greater than his lord.
If they have persecuted me, they will also persecute you; if they have kept my saying, they will keep yours also.
But all these things will they do unto you for my name’s sake, because they know not him that sent me.

Brothers and sisters, This is JESUS speaking these words, and these words are directed at so called church folks!
JESUS was not killed by sinners, he was killed by those who claimed to be religious church going folks!
It was JESUS own people that put JESUS on trial and had him condemned, the Jews found JESUS guilty of speaking the truth, and the Jews had the Romans to crucify him for being the truth!
And if your speaking and proclaiming the truth of GOD word in CHRIST JESUS, then don’t be surprised if these things happen to you too!
Brothers and sisters, the real evidence of you truly being a real disciple of JESUS CHRIST is PERSECUTION, it is not money, peace, financial prosperity, and good will toward all men………..lol~
But many are called, and only a few are actually chosen!

(2 Timothy 3:12-13) Yes, and all that will live Godly in CHRIST JESUS shall suffer persecution.
But evil men and seducers shall wax worse and worse, deceiving, and being deceived.

I am an ex drug dealer, gangster disciples, whore monger, 4 time felon, I been to jail for murder, I been to the penitentiary 3 different times in my life, I am an uneducated man, I have no formal education at all, and I am a ex career criminal, but GOD HAS HEALED MY WHOLE … END_OF_DOCUMENT_TOKEN_TO_BE_REPLACED