You are here: Home / Videos / Knowledge of God / Man is The Proof of GOD’S Existence 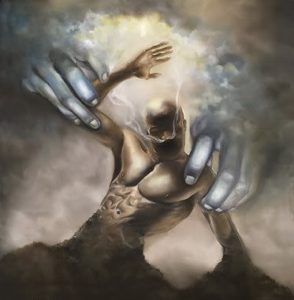 Man is the proof of GOD’S existence!
For GOD created all things, GOD created the world, the universe, and all things in it.
But GOD’S greatest creation is man, for man creates like the one HE is made in the exact image of, GOD…..
So the proof of GOD’S existence is in MAN, and with man, but man gets so caught up in HIS own creation, that man tends to think he Is GOD, but forgets, he is only made in the image of almighty GOD.
For the image is nothing more than a shadow of what the exact source of TRUTH is made of.
(Revelation 4:11) You are worthy, O Lord, to receive glory and honour and power: for you have CREATED all things, and for your pleasure they are and were CREATED.
(Ephesians 3:7-12) Whereof I was made a minister, according to the gift of the grace of God given unto me by the effectual working of his power. Unto me, who am less than the least of all saints, is this grace given, that I should preach among the Gentiles the unsearchable riches of Christ; And to make all men see what is the fellowship of the mystery, which from the beginning of the world has been hid in God, who CREATED all things by Jesus Christ: To the intent that now unto the principalities and powers in heavenly places might be known by the church the manifold wisdom of God, According to the eternal purpose which he purposed in Christ Jesus our Lord: In whom we have boldness and access with confidence by the faith of him.
(Genesis 1:27) So God CREATED man in his own image, in the image of God CREATED he him; male and female he CREATED them.
(Genesis 9:6) Whosoever sheds man’s blood, by man shall his blood be shed: for in the IMAGE OF GOD HE MADE MAN.
(2 Corinthians 4:4) In whom the god of this world has blinded the minds of them which do not believe, lest the light of the glorious gospel of Christ, WHO IS THE IMAGE OF GOD, should shine unto them.
Brothers and sisters, GOD created all men in HIS image, and in the image of GOD HE created us all; male and female HE CREATED US.
But for some strange reason, man wants to take the place of ALMIGHTY GOD, because man in his pride marvels at his own existence……….
And even if one can prove the existence of GOD without the Bible, people will not even believe it, because the proof you’re asking for is all around us, in everything created…
That’s like a car, a computer, a television, a bridge, a chair, a train, or train tracks, asking an engineer, “prove to me you exist.”………lol

I am an ex drug dealer, gangster disciples, whore monger, 4 time felon, I been to jail for murder, I been to the penitentiary 3 different times in my life, I am an uneducated man, I have no formal education at all, and I am a ex career criminal, but GOD HAS HEALED MY WHOLE … END_OF_DOCUMENT_TOKEN_TO_BE_REPLACED