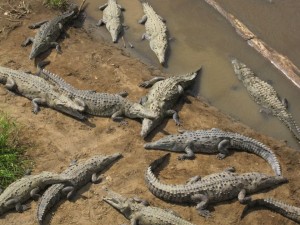 Potential enemies, truthful words like these they say I should never have said, for truthful words can wound your heel, and kill you dead.
But I would rather stand, live, and die for the truth I know is truth, than to be a coward who knows the truth, but will not speak it, stand for it, or live it, because he’s afraid of people who have the potential of becoming his enemies.

(Zechariah 13:6) And one shall say unto him, What are these wounds in your hands?
Then he shall answer, Those with which I was wounded in the house of my friends.

(Luke 21:12-19) JESUS SAYS, But before all these, they shall lay their hands on you, and persecute you, delivering you up to the church synagogues, and into prisons, being brought before kings and rulers for my name’s sake. And it shall turn to you for a testimony.
Do not settle it therefore in your hearts, nor meditate before hand what you shall speak or answer: For I will give you a mouth and wisdom, which none of your enemies or adversaries shall be able to gainsay nor resist. And you shall be betrayed both by parents, and brethren, and kinsfolks, and friends; and some of you shall they cause to be put to death. And you shall be hated of all men for my name’s sake.
But there shall not an hair of your head perish. In your patience possess you your souls.

My brothers and sisters in the religious system called church are my potential enemies, because of a lack of knowledge.
Religion is a man-made system, the religion of Christianity, Judaism, Islam, Catholicism, the Hebrew Israelite religion, and all religion as a whole, they are all a part of a man-made system called religion.
And that system is our enemy.
When you’re inside the institutionalized church buildings called church, look around, what do you see?
You Businessmen, teachers, lawyers, carpenters, pastors, prophets, apostles, ministers, church folks, the very minds of the people JESUS is trying to save.
But until JESUS saves them, these people are still a part of that system, and that’s what makes them our enemy.
You have to understand, most of these people are not ready to be free in CHRIST JESUS, because they are slaves to religion, and religion is all they know.
And many of them are so delusional, deceived, and so hopelessly dependent on their religious system, that they will fight you, kill you, and try to destroy you to protect it.
And the reality of truth concerning this matter of truth is this, if you are not one of us, JESUS sheep then you are one of them, a potential enemy.

Brothers and sisters, I’m not talking a foreign language or some knew doctrine you have not heard before, for all these things happened to CHRIST JESUS, because the people who betrayed JESUS, persecuted JESUS, hurt JESUS, crucified JESUS, and eventually killed JESUS, were his own people.
And they did everything they did to JESUS for the sake of their Jewish religion.
But what we fail to realize is this, JESUS/HIS-STORY keeps on repeating itself over and over and over again, because we never learn from JESUS/HIS-STORY.

(John 1:10-13) JESUS was in the world, and the world was made by JESUS, and the world did not know JESUS.
JESUS came unto his own, and his own did not receive him.
But as many as received JESUS, to them gave he power to become the sons of God, even to them that believe on his name: Which were born, not of blood, nor of the will of the flesh, nor of the will of man, but of God.

(John 15:17-18) JESUS SAYS, These things I command you, that you love one another. If the world hate you, you know that it hated me before it hated you.
Remember the word that I said unto you, The servant is not greater than his lord.
If they have persecuted me, they will also persecute you; if they have kept my saying, they will keep yours also.
But all these things will they do unto you for my name’s sake, because they know not him that sent me.
If I had not come and spoken unto them, they had not had sin: but now they have no cloak for their sin.
He that hates me hates my Father also.

(Matthew 27:19-26) When Pilate was set down on the judgment seat, his wife sent unto him, saying, you have nothing to do with that just man JESUS: for I have suffered many things this day in a dream because of him. But the chief priests and elders persuaded the multitude that they should ask Barabbas, and destroy JESUS. The governor answered and said unto them, Whether of the two will you that I release unto you? They said, Barabbas.
Pilate said unto them, What shall I do then with Jesus which is called Christ?
They all say unto him, Let him be crucified. And the governor said, Why, what evil has he done? But they cried out the more, saying, Let him be crucified.
When Pilate saw that he could prevail nothing, but that rather a tumult was made, he took water, and washed his hands before the multitude, saying, I am innocent of the blood of this just person: you see to it. Then answered all the people, and said, His blood be on us, and on our children.
Then released he Barabbas unto them: and when he had scourged JESUS, he delivered him to be crucified.

My potential enemies, I love you, but I see you!
And you shall know all your enemies by the fruit of their lips, for out of the abundance of the heart their mouths will speak.
And you shall know exactly what’s in their hearts, if you listen closely to the words they speak out of their mouths.
For the word of God in you is living, and powerful, and sharper than any twoedged sword, piercing even to the dividing asunder of soul and spirit, and of the joints and marrow, and is a discerner of the thoughts and intents of the heart.

And if the word of God is in you, then the word of GOD in you shall discern the thoughts and intents of mans heart.

And it shall reveal all your potential enemies, because that’s what the word of GOD does, it discerns.

My potential enemies, I love you, but I see you

(Proverbs 14:6) A scorner seeks after wisdom, and does not find it: but knowledge is easy unto him that understands.

I am an ex drug dealer, gangster disciples, whore monger, 4 time felon, I been to jail for murder, I been to the penitentiary 3 different times in my life, I am an uneducated man, I have no formal education at all, and I am a ex career criminal, but GOD HAS HEALED MY WHOLE … END_OF_DOCUMENT_TOKEN_TO_BE_REPLACED